Review: The Other Boleyn Girl

I'm often late to the excitement over movies. I don't often see productions until months, or even years, later. (If it weren't for Netflix, I'd probably never see some movies at all.) Sometimes I believe the distance in time helps though. It gives me fresh eyes to watch something anew without the hype or criticism of others, all of which ultimately can ruin the experience of the movie itself. That said, I watched The Other Boleyn Girl this evening. I'm a sucker for a great period piece, and in my opinion this one worked. The writing and the acting was solid (okay, some of the British accents could have been better). The settings and costumes were beautifully rendered (okay, they were a bit too exquisite and clean). The movie is taken from the novel of the same name by Philippa Gregory, which tells a fictionalized rendition of Mary and Anne Boleyn, sisters who both become the lover of King Henry VIII, the latter eventually marrying him and becoming his second queen and mother of the future Elizabeth I. Admittedly, there was serious manipulation of historical facts in the film, but this isn't a documentary so they're allowed some latitude. Both Natalie Portman and Scarlett Johansson continue to surprise me with their talents. It's as if I'm always expecting that they couldn't be that good, and then I realize they are. Johansson has this ethereal presence on the screen, her pale skin and watery eyes making her like a mermaid come to live among us, while Portman has this earthy beauty that grounds you and makes you realize these two are human after all. As for the men, Eric Bana is simply gorgeous. Contrary to popular belief, Henry VIII wasn't always a bloated, overwrought monarch. In his youth, he was athletic, poetic, and a ladies' man (although I seriously doubt he looked anything like Jonathan Rhys Meyers's version in The Tudors). Bana's acting in the film lends itself more toward the physical then the verbal; his facial expressions reveal the turmoil Henry is suffering from as he's bewitched by Anne and agonizes over his divorce and excommunication from the Catholic Church. One final queer note is worth mentioning. Jim Sturgess plays brother George Boleyn, and although it's never outright stated in the movie, it's apparent from his love of the court and his sexual rejection of his wife that he's homosexually inclined. In truth, he probably would have been bisexual rather than homosexual. Sixteenth-century sexual politics aside, it's worth remembering that the movie is based on a novel, and that there are manipulations from the facts. Then again, isn't that the beauty of historical fiction?
Posted by bklynbiblio at 10:31 PM No comments: Links to this post

One of my summer reads was Amanda Foreman's Georgiana, Duchess of Devonshire (Random House, 2000). Admittedly, I'm late to the game on this book, as critics have raved about it since it was published. It won the Whitbread Prize for biography. It should come as no surprise then that I loved this book. Of course, it helps that I'm an Anglophile. But how could you not want to know more about Lady Georgiana Spencer Cavendish, Duchess of Devonshire (1757-1806), ancestor to Princess Diana? Here was a woman who befriended everyone from Marie Antoinette to the Prince of Wales, and was married to one of the most powerful and wealthiest Dukes in Britain. She was a fashion icon known for her oversized picture hats, and she gave lavish parties at her homes, including both Chiswick House and Chatsworth (which, by the way, is one of the most spectacular estates I've ever seen). But the Duchess also was a gambling addict and accrued debts upwards of millions of pounds. She had three children by her husband and one illegitimate child by her lover, and then also carried on a "romantic friendship" with Lady Elizabeth Foster, who lived with both the Duke and Duchess in a ménage à trois, ultimately having two illegitimate children by the Duke. If all of this wasn't enough to draw you in, the Duchess also was a politician, or at least as much as a woman could be at that time. She worked hard to gather votes for the Whig Party and organized political rallies and meetings between opposing party members. It is this area of politics that perhaps Foreman appreciates the most, for her book also attempts to redress the often disregarded role that aristocratic women played in 18th-century British politics. The tale of the Duchess itself, however, would mean nothing if it weren't for Foreman's writing skills. She has mastered the ability to bring academic writing to the masses. Her book is well researched and comprehensive, yet reads like a novel.
Of course, a book such as this inevitably would lead to a movie, The Duchess, scheduled for release in a few weeks. I have high hopes that the movie will capture some of the spirit of the book and the woman's life, although I suspect from the trailer that it's going to be more of a love story than a true biopic. Hopefully, Keira Knightley can pull it all off. 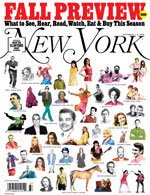 New York magazine has put out its Fall Preview issue. Autumn in New York is one of my favorite times of the year. The weather cools off, the leaves change color, and I get to buy at least two new sweaters for the fall/winter season.

Here are some of the upcoming fall art exhibitions in NYC that I'm looking forward to seeing:

Posted by bklynbiblio at 11:39 PM No comments: Links to this post 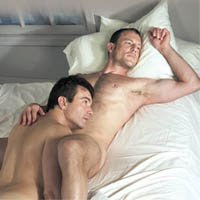 While we were in Provincetown, JM & I went to see James Edwin Parker's play 2 Boys in a Bed on a Cold Winter's Night at the Art House. It starred Scott Douglas Cunningham as Daryl and Spencer Keasey (former gay porn star Spencer Quest) as Peter, two New Yorkers who spend an hour doing that one thing so few men ever do after sex: talking. The writing was fine, the acting was fine, and their naked bodies were even more fine. But what could easily have become a farcical take on a one night stand instead became moody and philosophical. This might normally work in a coffee house theater in the Village, but if you're vacationing in Provincetown (and potentially partaking of the frequent possibility of one night stands), this was not the play for you. Following their sexual encounter, Daryl is desperate for love and Peter is desperate for sleep. They are complete opposites, yet every gay man can understand from where each of them is coming. The one-hour play worked as a character sketch, but ultimately failed as a story. Like all theater, it invited the audience to act as the voyeur into their world. In this case it even went so far as to provide the all gay male audience with two hunky men parading in the buff for nearly twenty minutes (never a bad thing in gay theater). But the sullen tone that the play took ultimately stripped the audience of its participation, and in that sense left this theatergoer gratified, but unsatisfied.
Posted by bklynbiblio at 12:03 AM No comments: Links to this post

While I love the intense rhythms of the Tony Moran & Warren Riggs Encore Club mix of "Take a Bow," the new Seamus Haji Radio Edit is pretty good too. As for Rihanna, she is fierce in this video!

Posted by bklynbiblio at 10:19 PM No comments: Links to this post 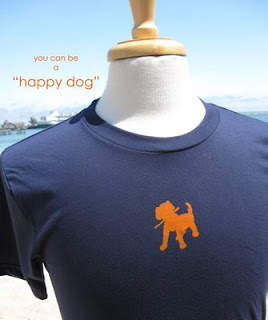 Like a good NY Queer, I went with my friend JM to Provincetown last week on vacation. There's something to be said about getting out of the boogie-woogie of the oppressively humid City and heading to the tastes and smells of salt water and cool evening breezes. Strolling up and down Commercial Street is a joy of the senses. Be sure to visit Coffey Men, a boutique with original designs by the very talented men's fashion designer Scott Coffey. I picked up my very own Happy Dog t-shirt while I was there!
While in P-town, be sure to eat a meal or two at Cafe Heaven and slurp up some homemade ice cream at Lewis Brothers. If you find yourself floating toward the smell of marijuana, then you're near Spank the Monkey, which can satisfy all your incense-burning, 1960s fashion & accessories needs. They also have one of the largest sex toy shops I've ever seen. (On a related note, JM & I overheard a woman yelling to her teenaged son, "If you're going to Spank the Monkey, hurry up, because we only have 10 minutes!" JM's response: "No mother should ever be allowed to say that to her son.")
The last time I was in P-town was over 12 years ago with my ex, DFG. The gay-friendly culture was an eye-opening experience back then (so young, so innocent...so naive), but this time around it was all about relaxation...and a bit of hedonism. Needless to say, I drank way too much, but I also danced my ass off at the Boatslip, Paramount, and Atlantic House, all of which was loads of fun. As a result, I'm now addicted to some of the dance remixes of music by Donna Summer and Rihanna.
Posted by bklynbiblio at 2:55 PM 1 comment: Links to this post

After numerous excuses and delays, I've finally decided to start my first official blog. If you're interested in reviews and thoughts about art, architecture, books, movies, music, theater, travel, and the occasional television show, or random musings about anything from New York City to sexuality, then this is the blog for you. I'm based in Brooklyn (hence the "bklyn"). I'm a writer, art historian, and librarian (hence the "biblio").
Posted by bklynbiblio at 11:14 AM No comments: Links to this post