Review: Beyond the Face (and Carrie Mae Weems) 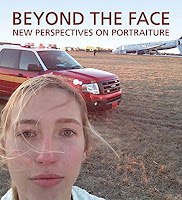 Earlier this month, ARLIS/NA Reviews published my short review on the new book Beyond the Face: New Perspectives on Portraiture, which was published in 2018 by the Smithsonian Institution, National Portrait Gallery, as part of its 50th anniversary celebration. Edited by curator emerita Wendy Wick Reaves, the book includes her introduction and sixteen essays by junior and established scholars on aspects of American portraiture. You can read my review here. The book truly does offer new insights into thinking about American portraiture, historical and modern/contemporary, with a particular emphasis on non-white artists and representations thereof. The essays on photography were among the most interesting, and I mentioned in the review that one scholar's take on a photograph by Carrie Mae Weems was brilliant. I thought I would engage with that a little more here. 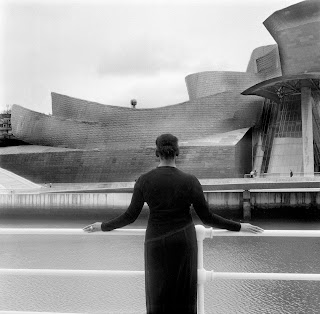 Nikki A. Greene's essay, "Habla LAMADRE: Maria Magdalena Campos-Pons, Carrie Mae Weems, and Black Feminist Performance," focused on these two women artists, but more importantly engaged with the way that women of color have been excluded historically as makers of art from the great museum collections and exhibition programs. Weems's 2014 exhibition at the Guggenheim Museum was unprecedented, as she was the first African-American woman to have a show there. I remember the exhibition well; it was incredibly moving and powerful. Weems's photographs from her Museums series position the artist as a Ruckenfigur, displaying her body shrouded in black to the viewer as she stands outside the great cultural institutions and museums worldwide as an outsider. In her essay, Greene writes of the image you see here, Guggenheim Bilbao, 2006, as follows:


Weems journeyed to northern Spain ... to encounter the seduction of the sweeping, undulating, titanium walls of the Guggenheim Museum Bilbao, designed by Frank Gehry and completed in 1997. In the photograph Guggenheim Bilbao, Weems stands as a dark silhouette in her black, long-sleeved dress with her back to the viewer .... Weems stretches her arms outward to rest her hands on a white railing that heightens the chasm between her and the museum as water gently ripples below her. The framing of this photograph plays on the building's ship-like forms, with stern-like triangular peaks making Weems appear as if she is viewing the museum across a body of water from her own ship. Weems's serenity in the face of the immensity of the museum's presence grounds the viewer, encouraging a pause as the two ships purportedly confront each other. This moment of recognition of each other's position in space acknowledges their unreachability. (pp. 294-95)

What Greene also intimates with this ship-like allusion is the history of the transatlantic slave trade and the ongoing legacy of slavery as a hindrance to people of color, in this instance in an art world dominated by white privilege and the 1%. Greene's reading of this image is wonderfully intuitive. 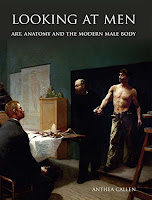 The next book I'm scheduled to review for a publication is this: Looking at Men: Art, Anatomy and the Modern Male Body by Anthea Callen (2018). The book focuses on the nineteenth century. It should prove an interesting read, incorporating issues of science and medicine along with artistic practice, framed by the development of heterosexual, homosocial, and homosexual identities over the course of the century. Or so I hope!
Posted by bklynbiblio at 10:58 AM No comments: Links to this post 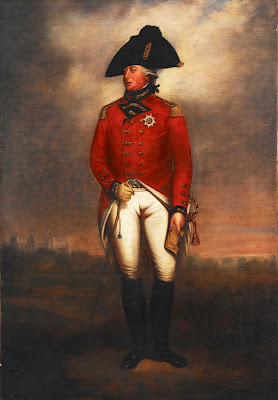 On February 11th, we officially opened a new exhibition at work that I curated with PhD art-history student Mateusz Mayer. The show is entitled Hoppner, Beechey, Fisher, Lavery: Researching Columbia's Portraits, and is on view in Avery Architectural & Fine Arts Library, Wallach Study Center for Art & Architecture, until May 10th. It is open to the public Mon-Fri, 9am-5pm. This focused exhibition showcases four rarely-seen historical British portraits from the permanent collection, and transforms them into objects of study rather than present them as traditional museum-style masterpieces by these artists. The portraits were painted between the years 1800 and 1927, and the show highlights new discoveries that we have made about them, ranging from biography to provenance to political propaganda. As examples of British portraits, the show also seeks to query the idea of "British-ness," both in its historical context and in the age of Brexit.

One of the paintings on view is the work you see here, a portrait of King George III by Sir William Beechey and his studio. The portrait depicts the king wearing a field marshal's uniform, his bicorn hat and Star of the Order of the Garter prominent ornaments to his outfit. The painting is an artist's copy of his life-sized portrait of the king that he exhibited at the 1800 Royal Academy exhibition, now in the Royal Collection. The painting became so popular (arguably a form of political propaganda) that Beechey's studio produced numerous replicas and copies, some with various backgrounds and in half-size and portrait-bust versions. In the background of this portrait is Windsor Castle, the king's primary residence, where Beechey likely painted the original version. This painting was a gift to Columbia in 1943 by Mrs. Mary Hill Hill. Her doubled surname is not an accident: her father and husband, both of whom were railroad magnates, had the same last names, but there were no family relations between them. Although originally from Minnesota, Mrs. Hill Hill lived at the time of the donation in Tarrytown, NY, and auction catalogs after her death show that she was an avid collector of 18th-century British portraits and George III silver.

A free accompanying exhibition catalog will be made available very soon, so I'll post a link to the PDF version when it's ready.
Posted by bklynbiblio at 9:41 AM No comments: Links to this post 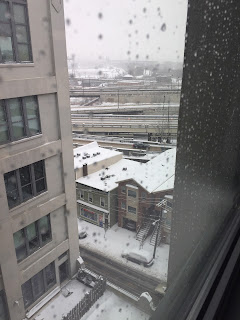 This snow season has been a bit strange. We had an early first snowfall back in November, and while we've had a couple of light flurries since then, it's taken until during this past night and this morning for us to have what I would qualify as being some semblance of a snowstorm. This is a photo I took outside our loft window about 7:40am this morning (and, yes, it is coincidentally the same view that I posted last time!). By that time Newark Airport was reporting over 4 inches of snow. It's all supposed to stop in a little while, but then snow again tomorrow and all Sunday night, so Monday morning commuting should be a bit miserable. It's always lovely to see the snow come down and blanket everything in shimmering whiteness; the dirty snow and mucky slush is the let-down afterward. Overall, though, this has been a light snow season as compared to other years.
Posted by bklynbiblio at 8:59 AM No comments: Links to this post