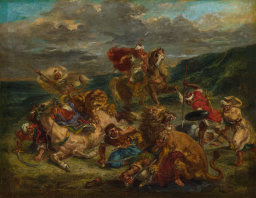 I'm back in the UK for a few days of research and exhibitions, so I'll see if I can maintain a daily blog highlighting what will have transpired. Not surprisingly, we departed late from Newark on Sunday evening, and arrived late into Heathrow. Not impressed by United's entertainment options, nor their food, on this trip. The trend toward using your own hand-held devices seems like a cop-out to me for the airlines to provide services, as prices keep increasing. And dinner was not appetizing at all. In any case, what did startle me was how quiet Heathrow was when we arrived, and how quickly we got through immigration. At first I couldn't imagine what was going on, but then I realized it was a bank holiday, Easter Monday, so oddly fewer people were actually working. In any case, the long day was ahead of me--making sure I stay awake!--and so I took the Heathrow Express and then a taxi to my hotel where, fortunately, my room was ready so I could rest and freshen up.

After doping up on more coffee and a sandwich at Costa (why, of why, has neither Caffe Nero or Costa made it across the pond to the U.S.? Starbucks needs more competition!), I could see that the streets were quieter than usual for the holiday. I made my way via the Northern line on the tube to Charing Cross, then walked to the National Portrait Gallery to see the exhibition "Russia and the Arts: The Age of Tolstoy and Tchaikovsky." It was a small exhibition of portraits of Russian writers, musicians/composers, and thespians, all from the collection of the State Tretyakov Gallery in Moscow, what was once the private collection of an individual art collector. I was inspired to see this because of having recently finished reading Anna Karenina, so it was useful to see a few paintings I am less familiar with contemporaneous to Tolstoy's novel (1877) and late nineteenth-century art. Not surprisingly one could see the influences of Realism and Impressionism, and a few Cubist-style works from the 1890s that predate Cubism itself by a decade. The painter Ilia Repin stood out as clearly the most talented painter of the group, which may explain why he is the one name that appears in surveys of 19th-century European art. His life-size, whole-length portrait of Baroness Varvara Iksul von Hildenbrandt, which can be seen by clicking on the link above, was the highlight work in the show. Overall the show was interesting, but I was done in 20 minutes.

After stopping for a lovely blackberry-apple tart and English breakfast tea (yes, more caffeine needed) at the National Cafe, I went to see the exhibition "Delacroix and the Rise of Modern Art." At an entry price of 15 pounds, I have to confess I was not impressed. Why oh why could they not just have an exhibition about Eugene Delacroix and his contemporaries? Why justify all the accomplishments in Delacroix's use of color and Rubenesque brush stroke by simply showing how more famous names like Renoir (yuck!) and Gauguin (more yuck!) were influenced by him?! Delacroix was an amazing artist and clearly changed the entire realm of 19th-century French art. The image above shows one example of a painting by him in the exhibition: Lion Hunt, 1860-61, from the collection of the Art Institute of Chicago. This was, in fact, the iconic image used as the headliner for the exhibition and it is arguably the best picture in the exhibition by Delacroix. It is just disappointing that half of the works in the show were by this masterful painter. I certainly would have preferred to see an actual Delacroix exhibition. I spent the rest of the afternoon (after another snack) walking through the National Gallery to see their incredible painting collection, one masterpiece after another.
Posted by bklynbiblio at 4:46 AM No comments: Links to this post