Gibson and the Watson Taylor Family 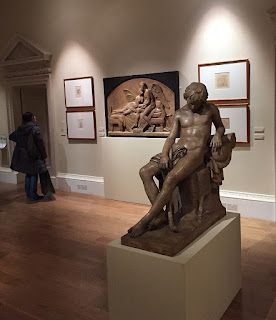 A few months ago I had blogged about some John Gibson-related sculpture publications, exhibition, and symposium. The exhibition at the Royal Academy was excellent. It's unfortunate the show was only in two small rooms (we wanted to see more!), but the designers did a wonderful job with the layout (left: one installation view I took), and colleagues Annette Wickham and Anna Frasca-Rath did a nice job with the labels, publication, and overall curatorial selection. The symposium was held in mid-December. The first day was a trek on the actual Gibson Trail. We started at Tate Britain where Greg Sullivan and Anna led discussions, respectively, about a portrait bust and a sculpture by Gibson. We then trekked along the Thames to Pimlico Gardens where I led the discussion about the William Huskisson monument. From there we had a spot of lunch, went to Westminster Abbey for a chat about Gibson's Robert Peel monument, and then went to the Victoria & Albert Museum where Holly Trusted spoke about Pandora and the Copeland miniature of Narcissus. The next day a number of us gave more formal papers. Anna spoke about Gibson's studio practice, I spoke about Harriet Hosmer and the training she received in his studio during the 1850s. We also heard talks about Gibson's working friendships with the 6th Duke of Devonshire, Bertel Thorvaldsen, and Sir Charles Eastlake, ending with Timothy Stevens (former Director of the Walker Art Gallery, now part of National Museums Liverpool) providing an overview of his thoughts about Gibson after many years of engagement with his works. It was a fantastic opportunity for all the Gibsonites and 19th-century sculpture scholars to get together and I appreciated greatly being invited to participate by the RA. 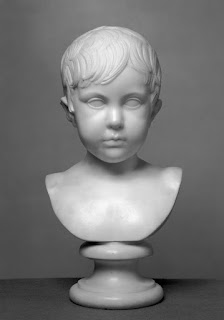 One of the publications I had mentioned in that previous post actually just came out a few weeks ago. It is an essay about Gibson's early career in Liverpool and London before he went to Rome in 1817. The book is a significant collection of what promises to be some quite interesting essays grouped under the title of The British School of Sculpture c.1760-1832, edited by Jason Edwards and Sarah Burnage. I have to say, this was one of the longest publication schedules I've ever been through. We started working on this back in 2010 and it took until 2017 for it to be released. I was a little worried about how dated my essay would seem at this point, but after a quick reread when the book arrived, it seems like it holds up well, although it is extremely dense in its historical details. One component of my essay deals with the Watson Taylor family, who in 1816-17 commissioned six portrait busts from Gibson: Mr. and Mrs., and their four children (there was later a fifth child whose bust was carved by Edward Hodges Baily). In my essay I reproduced only one of the busts (right), which is in the collection of the V&A. This is the son John Walter Watson Taylor. In a footnote I identified the locations of the busts of the father and mother, but noted that the whereabouts of the other children were unknown. But that information has now changed a bit, so I thought I would use this blog post to "reunite" the family through their portrait busts. Alas, the bust of son Simon is still unaccounted for (as is the Baily bust), but the other two have turned up. 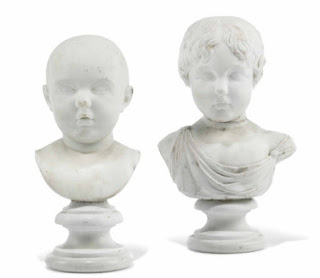 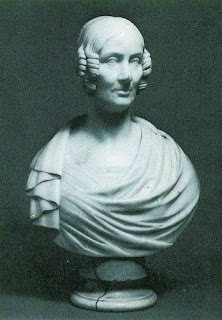 Last year, these busts of Isabella and George Jerome turned up in the Christie's auction sale of the collection of artist Claudio Bravo (July 13, 2016, lot 45). Gibson wrote in his memoirs that the baby's bust was "a little thing with no shape at all" (Eastlake 1870, 41), which seems apparent from the round head of the child. Although these two busts were not in great shape at auction, they sold for £2500, more than double the high end estimate (purchaser currently unknown). This connection to Christie's is rather interesting because it also dates back 200 years. James Christie, son of the founder of the auction house, was responsible for introducing Gibson to George Watson Taylor in 1816, who readily commissioned these busts of his family even though Gibson was not yet well-known in London. The sculptor even accompanied the family to the Isle of Wight where they were visiting Lord Spencer's villa, and it was there that he spent some of the time modeling the busts. He completed the children's busts in marble in 1816 and exhibited those of the two older boys at the 1817 Royal Academy exhibition. He finished the busts of the parents in marble in Rome over the next couple of years, exhibiting Mrs. Watson Taylor's bust (left) at the RA in 1819. This bust presumably is still in a private collection, as it was last seen on the market at a Sotheby's auction of November 2-3, 1989 (lot 104), but it did not sell. 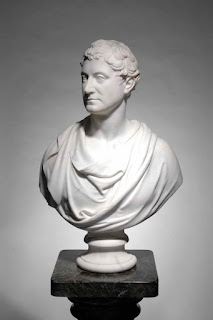 At right is the father, George Watson Taylor (1771-1841), M.P. (Member of Parliament) for various locales from 1816-32. He was born George Watson, the son of a Scottish entrepreneur with an estate in Jamaica. In 1810, he married the woman above, Anne Taylor, the daughter of a baronet whose brother was a wealthy sugar planter, also in Jamaica. On the death of Anne’s brother Sir Simon Taylor in 1815, the baronetcy expired and Anne (now Mrs. Watson) inherited the family fortune. Her husband then changed their family name from Watson to Watson Taylor and assumed financial control of their estate, buying properties and furnishing them to great expense. By 1832, Watson Taylor was forced by bankruptcy to sell his estate and belongings, including all of these busts by Gibson, as well as two sculptures of Paris and a nymph that he also had commissioned from him. Mr. Watson Taylor's bust, seen here, is currently owned by Osuna Art & Antiques in Kensington, Maryland. My essay goes into more details about Watson Taylor's friendship with Gibson, including how he tried to entice him not to go to Rome at all, but Gibson was determined to do so. And the art world thereafter was grateful he made that decision. Perhaps one day the other children will turn up, but for now it is interesting to see this family partially united two centuries after the busts were commissioned and made.

(My thanks to Osuna Art & Antiques and Douglas Lewis, who provided me with Lewis's unpublished essay that, along with other original research, helped me in the writing of parts of my essay published in this book.)
Posted by bklynbiblio at 8:41 PM No comments: Links to this post 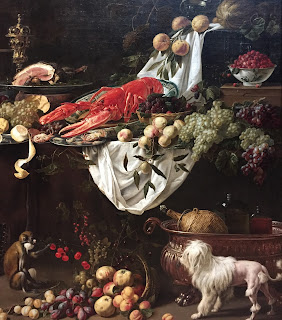 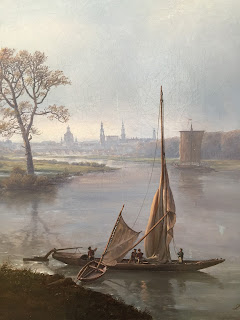 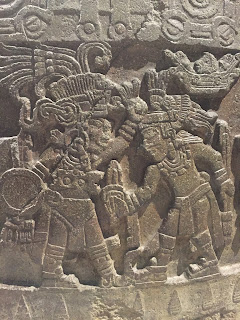 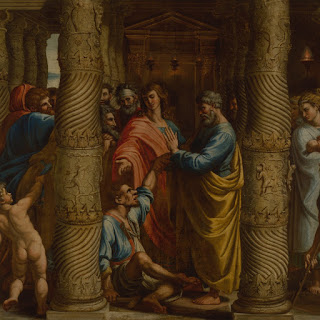 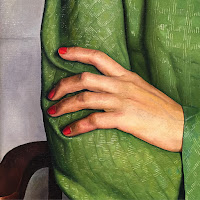 Posted by bklynbiblio at 9:47 PM No comments: Links to this post