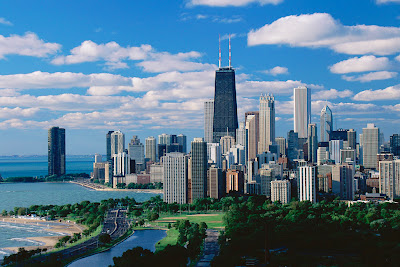 The College Art Association will hold its 102nd annual meeting next February 12-15, 2014, in Chicago. As much as I want to take a trip out there, I do NOT want to go in February, so I'll be skipping next year's conference. (You'll recall this year's conference was here in NYC, and last year's was in Los Angeles.) The deadline for proposals for papers for the 2014 conference is coming up on May 13th. In reviewing some of the panels, I've identified a few that look promising, at least from my particular art historical angle:
** "Antimodernism(s) in French Art and Culture, 1860-1914" (reconsidering the 'other' to the mainstream development of art history's march to modernism)
** "The Maternal Body Exposed: Fecundity, Birth Control, and Countering Infertility in Contemporary Art" (reverse feminism emphasizing the pregnant body?)
** "Re-Examining Fashion in Western Art, 1775-1975" (spinning off from the recent Impressionism, Fashion and Modernity exhibition)
** "The Image of Nineteenth-Century Money" (a session DE is rather excited about, as a new collector of American currency from the 1800s)
** "Studio Shots: Representations of Women as Artists" (mostly in photographs, what do the images say about 'woman' as working artist?)
** "The Art of Display: Context and Meaning, 1700-1850" (effect of installations on art, chaired by my colleague Christina Ferando, a specialist on Antonio Canova)
** "Ethereal Performance: The Lasting Legacy of Temporary Public Sculpture" (short-term exhibitions & installations of sculpture in 19th and 20th centuries)
** "Queer Gothic: Difference and Sexuality in British Art and Architecture" (someone will do a paper on Walpole and Strawberry Hill, I'm sure; sponsored by the Historians of British Art)
** And the prize for best-named panel session... "Drachma-tic Art: The Economics of Ancient Greek Visual Culture"
Posted by bklynbiblio at 5:58 PM