Fanny Eaton: The "Other" Pre-Raphaelite Model 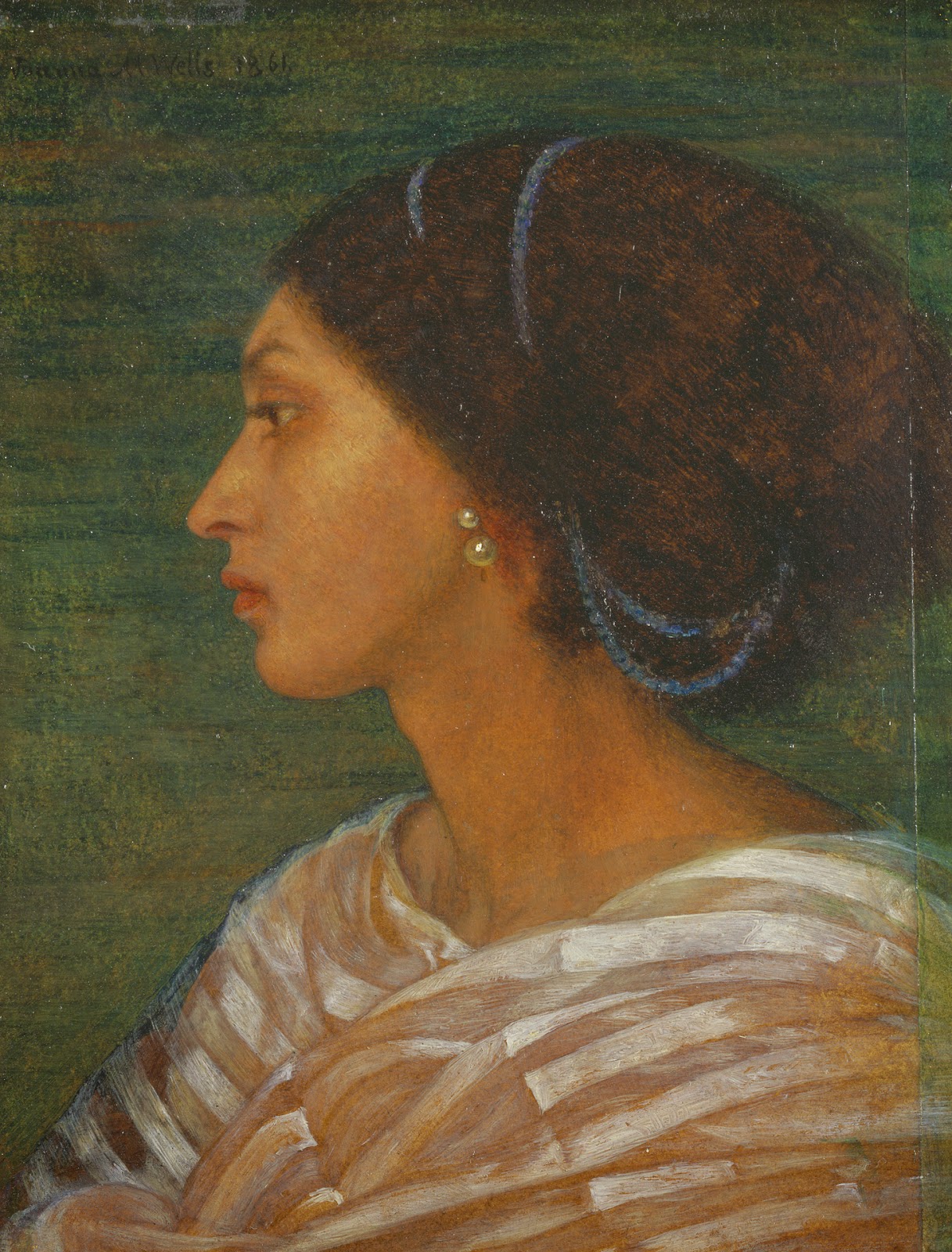 Art historians and lovers of the Pre-Raphaelite painters and their works know well the names and lives of many of the female "stunners" (as they called them) who modeled for them. These include names like Lizzie Siddall, Jane Morris, Annie Miller, Keomi, Maria Zambaco, and so on. But another model about whom little historically has been known, yet who frequently appears in Pre-Raphaelite art from the late 1850s through the late 1860s, is Fanny Eaton (1835-1924). Born in Jamaica the daughter of a former slave, Eaton is a fascinating study in the art and social politics of Victorian Britain. Her mixed-race identity allowed her to be an exotic in the theatrical sense, enabling her to be depicted in different cultural roles in a number of their paintings. The image you see above is by Joanna M. Boyce Wells (1831-1861). It is a portrait study of Eaton dated 1861 that was meant to be a larger work of her depicted as a sibyl, had the artist not died suddenly (image: Yale Center for British Art). The image below shows Eaton as an Indian ayah in Rebecca Solomon's A Young Teacher, also 1861 (private collection), about which I have blogged before (see my post here).

I am pleased to announce that my article about Eaton, discussing her life and her role as a model, has been published in the Summer 2014 issue of the PRS Review, and the response so far from has been quite positive, leading to the discovery in private collections of a few heretofore unknown drawings depicting Eaton as a model, and a number of "retweets" and "favorites" on Twitter. I have now uploaded a PDF version in the Academic Commons of Columbia University Libraries, so it can be downloaded and read for free by all (available here). I owe Brian Eaton, great-grandson of the model, my gratitude for sharing with me his family research material and for supporting my article on his great-grandmother. 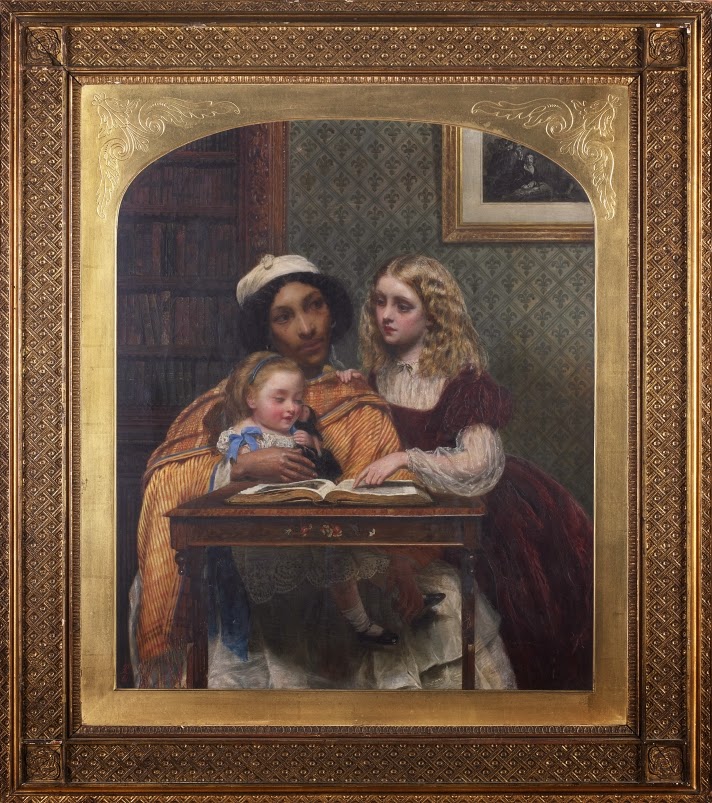 My interest in Eaton stems from her role as a model for Simeon Solomon, most notably his painting The Mother of Moses, 1860, about which I spoke at the Pre-Raphaelitism: Past, Present and Future conference at Oxford University in September 2013 (see blog posts here and here). Biographer and curator Jan Marsh previously had written about Eaton in her Black Victorians exhibition catalogue, and has added a few updates on her blog as well (here and here), the latter highlighting a newly discovered drawing of Eaton by the little-known artist Walter Fryer Stocks. I am hopeful that my article will continue to help increase the identification of Eaton in the works of these and other artists, but more importantly will add to the important dialogue about the role of blacks, slavery, and cultural diverse during the global 19th-century world.
Posted by bklynbiblio at 7:50 PM