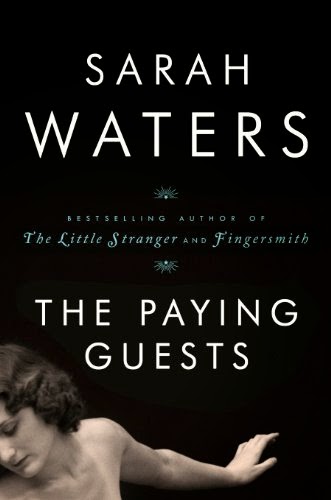 Once Thanksgiving rolls around, I find myself anxiously awaiting the latest "100 Notable Books of" article from the editors of The New York Times Book Review, and the 2014 edition was released online yesterday. I find it interesting to compare it to similar lists, such as those issued by Amazon and the Huffington Post. Two interesting fiction titles stand out and they have now gone on my "to read" list: Everything I Never Told You by Celeste Ng, and All the Light We Cannot See by Anthony Doerr, the latter of these two also appearing in the NYT's list for the top 5 novels of the year. As I've noted in my recurring posts on this topic, I rarely have read anything on the list once it's published, but I'm pleasantly surprised to say that I did read as soon as it came out Sarah Waters's new novel The Paying Guests, which made it on the list for this year. Taking place in early 1920s suburban London, it is a lesbian love story, but packed with fascinating social history and a surprising twist involving murder. There are a few things on the non-fiction side of the NYT list that intrigue me, but nothing I feel the need to run out and purchase. Hermione Lee's biography of the novelist/biographer Penelope Fitzgerald, however, has me wondering why I have never read anything by her before (her meaning Fitzgerald). 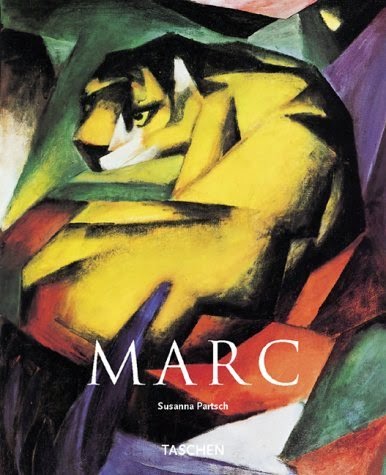 Regular bklynbiblio readers know that I use this annual list to recount my own reading over the course of the year. (See, randomly, posts for 2013 and 2009, or even my recent post on "Top 10 Read Novels: 2010-2013.") This year I've read to date 19 books. One of the strange events in my reading life this year was purchasing a Kindle, so I've embarked on reading a couple of books that way. I'm not sold on it yet, though. I like holding books, and find that tangibility helps make reading for me something active rather than passive. Art books are also still nowhere in the realm of easy reading on electronic devices because of the legal and technical limitations in reproducing works of art in color. I was pleased to have read a few good art books this year, however. I loved Edmund de Waal's Hare with Amber Eyes about his family's netsuke collection (see my review here), and my recent visit to Munich inspired me to buy and read the book you see here, about one of my favorite modernists, Franz Marc, who found the spiritual in painting animals, was a founder of the Blaue Reiter group, and died tragically at a young age fighting for Germany during World War I. Currently I am reading two art books, both part of the Oxford art history series. One is Portraiture by Shearer West, an overview on the history and different ways of looking at portraiture, with the chapter I am in now on gender and portraiture promising to be one of the more interesting. The second is Matthew Craske's Art in Europe 1700-1830, a socio-economic history of art at the time, which I am slowly moving through.

One year ago, when I posted about the 2013 list, I was reading Amy Tan's The Valley of Amazement, which had been on the NYT list that year. It was quite a heart-wrenching tale and definitely among her better books. I had the opportunity to hear her speak and meet her at a book signing at the Asia Society, which was a treat. I told her that her book The Hundred Secret Senses was among my favorites, and she said, "Oh, I guess I should reread that!" Also from the NYT 2013 list, I read this year David Leavitt's The Two Hotel Francforts, which was interesting but not great, and Kate Atkinson's Life After Life, which was an incredibly clever book that I truly enjoyed. Atkinson's story is about an Englishwoman named Ursula who is born in 1911 and proceeds to die as an infant, then is reborn in a new version of that same life. She continues to be reborn and make decisions that alter things for her and others around her as the chapters unfold. It was a fascinating take on the idea of whether one would choose the same paths in life if given the opportunity to do it all over again. Elsewhere in fiction, I continued my discovery of Barbara Pym by reading her novel A Quartet in Autumn, about the invisibility of seniors in the modern world. I also read Jane Austen's Emma this year, which I have to confess was not as engaging as I had hoped, possibly because I'm still blindsided by George Eliot's Middlemarch read last year. Another favorite novel I read this year was The Book Thief by Markus Zusak. Although written for young adults, it was a profound take on loss and grief, and hatred and love. The narrator is Death, and it tells the story of a young girl who endures much during Germany in World War II, but also discovers the power of reading and writing as a way of helping herself and others. The film version is well-done too, but the book has greater pathos. Of course I sneak in during the year a couple of mysteries by Ruth Rendell, and I am currently reading, in addition to the two art history books above, Agatha Christie's final Hercule Poirot murder mystery Curtain. This is the end of a long saga for me in which I have been reading all of Christie's mysteries in the order they were published, so perhaps I will say more about that in another post.
Posted by bklynbiblio at 4:42 PM